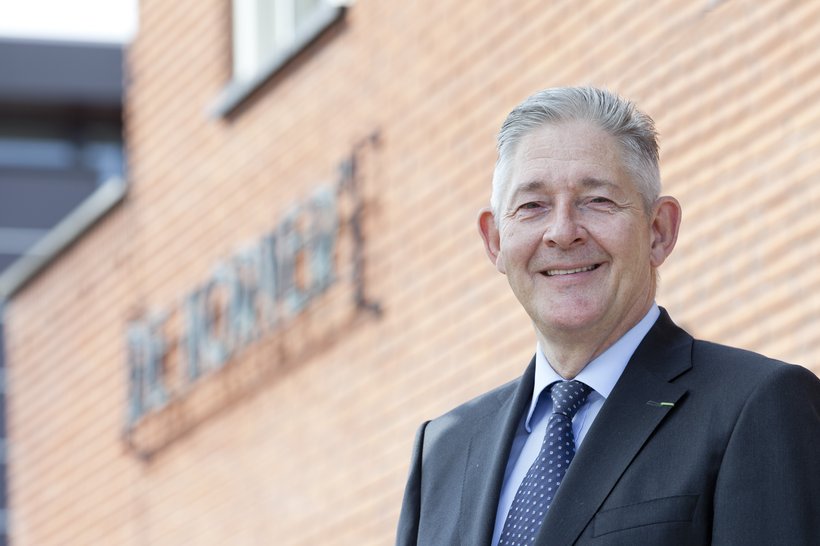 Thijs Hendrix inaugurated as Member of the French Academy of Agriculture

Thijs Hendrix is a farmer and entrepreneur, as his father Harry Hendrix (1926-2010) and his grandfather Thijs Hendrix (1884-1954), with registered office since 1923 at “Saazehof”, Ospel, The Netherlands, European Union. As President of Hendrix Genetics, he continues to focus on growth and consolidation opportunities in the Fourth Industrial Revolution, in animal breeding and life sciences.

Based on Project Charlemagne, initiated by Alain Audubert (Honorary president of Hendrix Genetics) and Yves Roucaud, Thijs Hendrix and Antoon van den Berg founded Hendrix Genetics in 2005. From the start, they created a global leader in egg layer genetics by merging Institut de Sélection Animale and Hendrix Poultry Breeders. Soon thereafter in 2007, followed by the acquisition of Euribrid, the multi-species Animal Breeding Division of Nutreco. In 2008, Sofiprotéol, the leading player in the French vegetable oil and protein industry became a long-term strategic partner of Hendrix Genetics. Since then, Hendrix Genetics is fast developing through autonomous growth and numerous acquisitions. With operations and joint ventures across the world in 25 countries, Hendrix Genetics serves with 3.400 employees the world’s poultry, aquaculture and pork industry in more than 100 countries with high quality animal genetics.

About the French Academy of Agriculture

The French Academy of Agriculture mission is to inform the French Government and the public opinion on progresses in all scientific, technical, legal, political and social aspects of the agricultural sciences, as well as to facilitate exchanges between scientists of various disciplines. AFF has an intense activity that generates numerous reports, studies and opinions on the most important present subjects on French and international agriculture.

The Academy was established in 1761 by the King Louis XV, as the Agricultural Society for the Paris region, and became the French Academy of Agricuture by a decree issued on February 23 1915. To know more about the AAF: https://www.academie-agriculture.fr